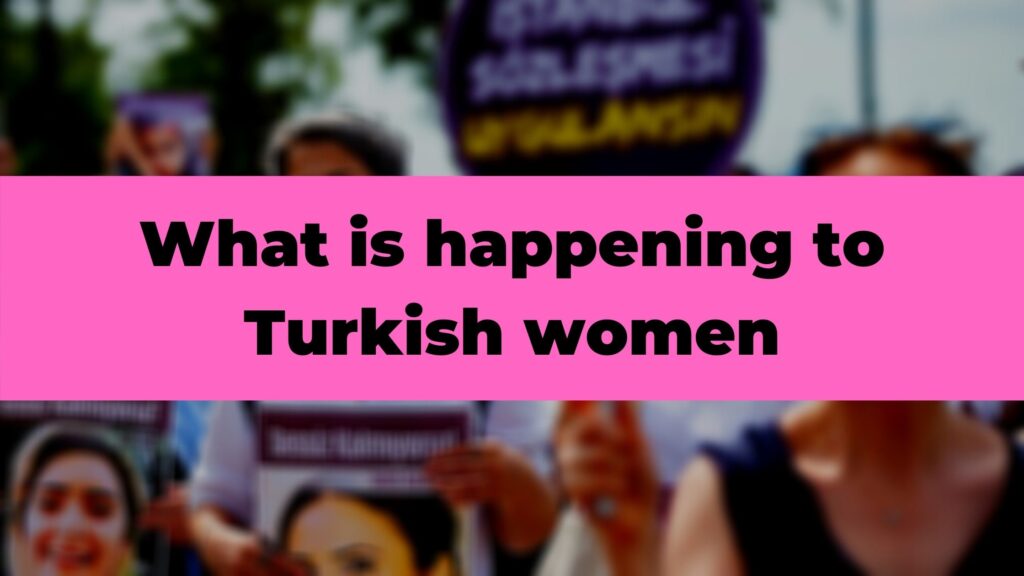 Over the past years, reports

of violence against women have skyrocketed. Well over 1000 Turkish women have been officially killed in gender based violence since 2010. A deeply Conservative government has discouraged/strangled outcry, activism, and awareness surrounding the issue. And you would think it can’t get any worse than this, but then 2020 came and we all know how unpleasant this year has been for all of us. So you can just imagine having this issue plus many other problems we had to face this year, this issue was getting worse. Obviously quarantines are the best friend  for abusers and the worst enemy of victims. 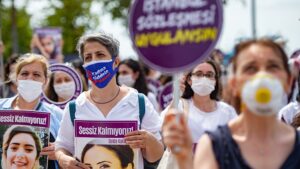 So the whole COVID-19 lead

to their bloodiest year on record. I really can’t understand the government and people in charge. You know you have this issue and people had to stay home, why did no one think of having a safe place for anyone who is scared to be in their home! In July alone, 40 Turkish women have been murdered so far almost always by their close male relatives. How has some heart to kill a woman who is their relative, you really need to be evil to do something like this. And you would think after this government would open their eyes and do something about, but no they didn’t. 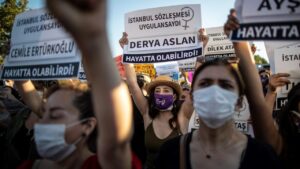 They watched that happen

and didn’t anything about it, and because they didn’t do anything about it another beautiful woman lost her life because of this huge mistake. A university student, Pinar was reported missing July 16. She had last been seen waiting for a bus in Mugla Province. After days waiting her body was exhumed. She was beaten, strangled, and buried in a barrel. Her killer is known and has been taking into custody (mostly because of social media coverage). When killings are reported (many are written off/hidden), the defendant usually is either released soon or receives a comically light sentence.

It is so sad

that the only reason Pinar killer was taking into custody is because people put so much pressure on it. We love social media and all it is doing, but this shouldn’t be responsibility of social media to get them in custody, it is the governments job. And the fact that so many killing are hidden is so upsetting and it is not right. If you know that these horrible things are happening in your country, and you are not doing anything about it, it makes you a bad person. Sadly this issue is just getting worse and is case for all Turkish women. Women who cover their hair/ women who don’t, young/old women, Kurdish women, single women, and Queer/Trans women especially. 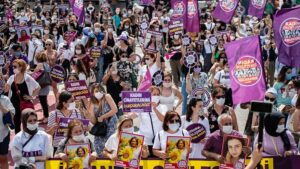 As in other places,

victims are often blamed. Rumours circulate accusing the victim of being disloyal, impure, or somehow deserving. Family and friends rush to do damage control and save face. The men are often portrayed as helpless, passionate lovers just trying to knock some sense into their victim. Socially, it’s often considered impolite to question domestic matters. Our society is always desperately trying to safe man’s reputation by blaming victim, but what they don’t get is that they are protecting the wrong guy and damaging mental health of the victim. Having no support can really be bad for anyone’s recovery. Instead of making sure his reputation is not ruined, how about worry about victim and to support the victim. Being abusive is all on him, but victim getting abused in out of victim’s control.

So anyways to after

this horrible murder of Pinar women in Turkey have been protesting for further action against femicide. Domestic violence is an on going issue in Turkey and needs to change. No one should live in fear of getting abused by some of male figures in their lives. Hopefully with the protest the government will take this issue seriously and do something about it. I encourage you to talk share the current situation in Turkey and make people aware of it. I myself am not from Turkey, but I am well aware of sexist behaviour towards women that is not only happening in Turkey, but all over the world. Sexism is not okay no matter what, so we need to help Turkey fight this.

We Will Stop Femicide Platform