How do Christian actually feel about homosexuality? 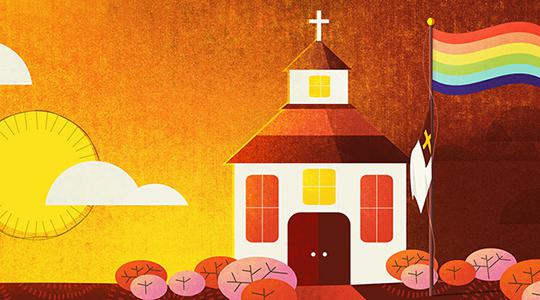 Today I will be discussing how Christian feel about homosexuality.

When someone is covering topics

that I am I strongly feel there needs to be transparency, and especially topic regarding religion. So for the start I would like to share my beliefs with you. I am mostly atheist, but I am from Serbia, where they live by religion called “orthodox”. I am acknowledging and cherishing this religion, but I don’t have the same beliefs that this religion lives by, and that is okay.  My belief is that universe is a thing, but I don’t believe there is only one person responsible for all of us. I also accept everyone, and if your belief is that there is a god I accept that. If you like to read full explanation I can write that too, but for this article let’s keep it short.

As I said I accept everyone

no matter what religion they are, but what I can’t accept is religion that only accept their beliefs. I somewhat knew that religions like Christian were close minded. But I recently I came across an article that made me realise how deeply close minded they are. What I read in this article I couldn’t believe my eyes. So today I will be talking about this article, and why their view in wrong way of thinking.

Saying that god created us so male and female can come together, you are saying that people who are attractive to the same sex should’ be here, or something is wrong with them.

This is not okay,

If the reason god created us, is so we come together as male and female don’t you think all of us would be straight then? But no god never wanted this!

God actually believes in diversity, and believes everyone has right to chose their sexuality and everyone needs to accept it. World is not suppose to be full of straight people, we need diversity so we learn to respect and love everyone. Don’t need to understand it, but you sure need to accept it!

-The second thing they mention is that there is no other sexual union than that between husband and wife.

So if I only feel attractive towards the same sex I need to stop that, and trick my mind into thinking that I am into opposite sex. So you are going to force poor gay male to have sex with straight or even with lesbian female, and they will both feel shitty about it. Because we as people know when they are not attracted to us,  we can feel it, but hey as long is male and female I don’t care if you enjoy it. 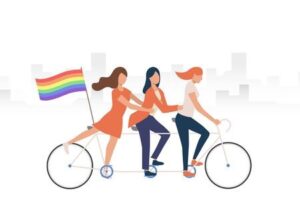 this you are forcing so many to be someone they are not. When someone can’t be their true self they can develop a lot of insecurities, and that develops many mental illnesses. But you don’t really care, as long as you look good am I right? God wanted all of us to be happy, and if that is with the same sex god is happy. God would never say bad things about anyone. You are just saying god said that so it sounds more accurate. They will say anything that suits their beliefs, and then say god said that. If you really love god, you would not discredit him by saying he is against gay people.

-They continued to say that every child has right to a mother and a father.

You are not going to make someone,

who is attracted to same sex feel shitty, for feeling this way. They are allowed to feel this way, and they have full right to have children too. What because I like boys I can’t children, no that is not right. Again making them feel shitty, and this is something god didn’t want. It is possible for same sex couples to have children so obviously god wanted this. Children just need to be in happy and loving home, and it is possible that same sex couples can do this better, than opposite sex couples. Children and also god doesn’t discriminate we accept everyone.

As I said I am open for anyone,

who has different beliefs, but lies and beliefs are two different thing, and you make it seem a lie is a belief. Belief should be regarding you, and people around you, when you hurt people you don’t know, and saying they need to fix something that is part of them is awful. This is not god or belief, this is you not wanting to educate yourself, and it just makes you an awful person. It is sad how close minded they are, and how far from reality they are. I would say believe whatever you want to, but you also need to accept everyone else. You can’t just be okay with what you believe, we are all humans, and we need to accept everyone.

I won’t be sharing this article with you I don’t want to give them attention, but I can screenshot you the article and send you if you like to.

So now that you read all of it comment down below letting me how you feel about it?