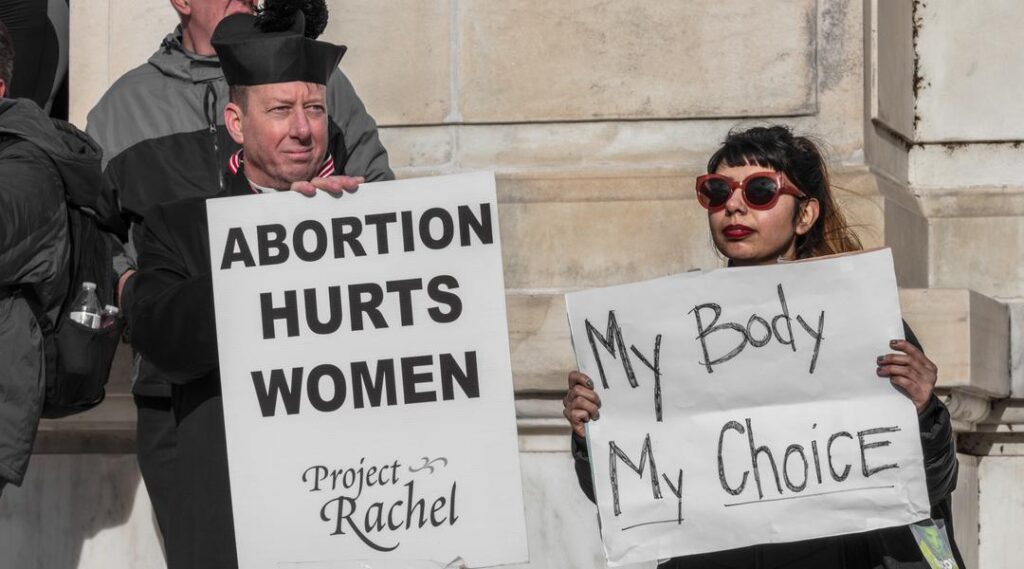 We live in society, where there are many stupid and close minded people. They will basically turn things around so it suits their beliefs and make you feel like a bad guy for believing something differently. They will make any other belief look bad. And this goes the same when it comes to discussion about abortion. I can’t tell you how many stupid things I read online from close minded people regarding abortion. Every time I post something regarding abortion I am always shocked how fast it goes viral and it is not that I care, but kind of funny. I feel that they have alarm whenever someone posts something opposite of their beliefs. They make you feel so shitty for believing something else so then I always get confused.

You make everyone think you are nice person for not wanting to kill a child, but yet you are making everyone feel shitty, when they don’t believe the same as you. How is this a good person? A good person never judges or makes anyone feel shitty for thinking differently. And I mean if you believe you should have a child regardless of circumstances it is fine, I mean not really if you are judging others for getting abortion, but saying aborting is a murder. Excuse me, this makes 0 sense? But see they turn everything around to suit their beliefs, but see this is not right. They are putting ideas in people’s head, who might want to get abortion and it might be right choice for them. So today I though I spill some tea and showing you and them how this makes 0 sense:

-So if abortion is a murder then malemasturbntion is genocide:

See genocide is international action to destroy a people usually defined as an ethnic, national, racial or religious group. You might be be confused, because this makes no sense. Yes you are right malemasturbntion is normal and male should be allowed to enjoy himself and that is not going to ruin someone else. But see this is great example how this phrase about abortion really comes across, it is just a nonsense. Anyone can make anything to be negative, but you got to looks close and see how it really is. 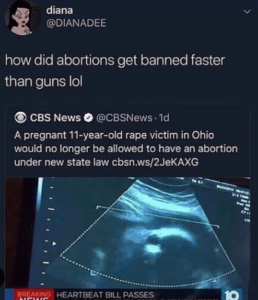 -So if abortion is a murder then ultrasounds are child pornography:

ultrasound is a must and must be done to make sure everything is okay. If in case there are some risks, to avoid complications. Obviously when it comes to ultrasound there is nothing sexual related to it. But see if you are close minded you can even see ultrasound as pornography. When you limit your brain, you will see things that make no sense.

-So if abortion is a murder then male vasectomies and condoms prevent homicide:

Vasectomy is a surgical procedure for male sterilization or permanent contraception and obviously all of you know what condoms are. So both of these are for protection during the sex and then it is mentioned that they can prevent homicide, which are different worlds. One has nothing to do with other. If you had protection it won’t make someone kill you. It is great you use protection, but if you would be in situation where someone would kill you, that wouldn’t help. And the same goes to fetus, when someone can’t function with another human’s organs, it is not called a murder.

-So if abortion is a murder then viagra and challis are the 2 most dangerous drugs on the market:

viagra works for men with erectile dysfunction (ED) by increasing blood flow to the penis so you can get and keep an erection hard enough for sex. And challis is a lightweight soft clothing fabric made of cotton, wool, or synthetic yarns. As you see these two have nothing to do with drugs. Viagra totally not a drug and not something dangerous and challis of course not even close to a drug. Of course this is so off topic, but when we are already off topic with relating abortion to murder why not continue. See the more deeper we go the more insane it sounds!

-So if abortion is a murder then men must start paying child support at 6 weeks:

of course this is crazy, it is not far to pay child support, when the child is not born yet. But also is it crazy? You all going to force poor woman to have a child, because you are against abortion why not also force a man to pay child support? But I don’t see this. Man can decide what he wants, he can have a child in his life or not, he can pay if he wants to, but not really. And this is how the phrase “Abortion is a murder sounds” just crazy and makes no sense. 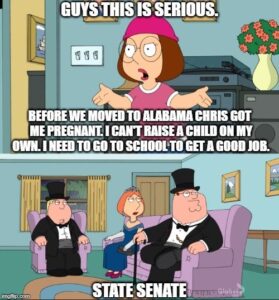 So to all of you, who think abortion is murder here you go see how crazy this sounds. Unlearn your close minded beliefs and stop judging people who get abortion. Stop spreading crazy lies about abortion and give others crazy ideas. We all should have one and only belief we accept everyone whatever they do expect murder and violence, but we accept everyone whatever they do and we don’t judge. If more people would think this way it would be less hate and more love in this world. Let’s just spread love and positivity!

Reminder: never judge anyone, regardless of what beliefs are!

Women shouldn’t have to shave